Đồ án kỳ Phim - Đồ án lớp D2010H Arena Multimedia - 80 Trúc Khê, quận Đống Đa, TP. Hà Nội
HOA is a short film that tells the story of Ly - a young woman who has just moved in with her boyfriend - Trinh - a rich and famous painter. Everything seems like a fairy tale at first. However, their happiness is short-lived when Ly starts to expe - rience strange visions of a woman inside the house. Ly’s strange vision gets more and more vivid as time goes on and it starts to affect her mentally and physically. Tension arises between Ly and Trinh when Ly confronts Trinh about a locked room that she found down the hallway. Although Trinh claims to not have the key to the room, Ly still remains skeptical and suspicious. One day, Ly comes across an article about a missing woman. Ly realizes that the missing woman’s appearance is iden - tical to a new portrait that Trinh has just finished painting, which further deepens her suspicion toward Trinh. Ly decides to steal Trinh’s key to the locked room after they have a heated argument where Trinh angrily refuses to open the locked room for Ly. After acquiring the key Trinh hides behind the painting, Ly enters the locked room where a horrifying secret is revealed: Trinh is a serial killer with a twisted obsession with the beauty of death. The paintings Ly found inside the room are all portraits of dead women. Ly even found strange bottles of drugs and a box that Trinh uses to keep his victim’s jewelry and hair. Realizing that she will be the next victim, Ly tries to escape, but Trinh is already waiting for her at the door. Trinh reveals that he has been putting drugs in Ly’s food which weakens her and causes her to have vivid hallucinations. Ly has to fight for her life as Trinh tries to hunt her down and kill her. Eventually, Ly defeats Trinh by using his own drug against him, causing him to have intense hallucinations and take his own life.
Học viên thực hiện:
Nguyễn Hoàng Trung Hiếu
Nguyễn Phương Anh
Chu Văn Hanh
Trịnh Minh Đức
Hoàng Quốc Việt
Hoàng Bảo Hoàng
Lý Minh Anh
Nguyễn Hữu Phú
Nguyễn Thị Minh An
Giảng viên hướng dẫn:
Thầy Thiều Hào Quang Nghĩa 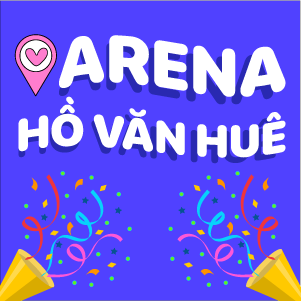